In our recent article we prepared a short summary of the largest Slovene culinary event, Restaurant Week. This week our attention focuses not only on great Karst food but also tries to offer you some delicious food for thought in light of the upcoming local elections in Slovenia, which will be held in less than a month, on Sunday, November 18th 2018.

We took this opportunity to talk with a local and tried to find out first hand what Slovenes, see as a major potential for a region of striking natural diversity, impressive history and hospitable people. Yet we also wish to pay attention to lost opportunities and failed projects of which we have written in our Slovene edition.

In order to give you a broader picture, we need to go back a year, when, on October 5th 2017, the previous Slovene Government adopted a national strategy for the sustainable growth of Slovenian Tourism for 2017-2021. It proposed a new strategic vision of Slovenia as a global green boutique destination. In this strategy special attention was paid to five regions or “macro destinations” which are (according to the authors) based on geographically contiguous units, share the same or similar products or services and are visible at the global level, although it is, as we explain further on, often hard to simplify things and artificially tie together diverse and sometimes distinctly different areas and communities.

One such “umbrella” region is the so called Mediterranean macro destination, described as an area of »attractive and easily accessible Mediterra­nean towns with strong ties to the green Istrian countryside and underground world wonders, in symbiosis with culinary delica­cies and premium wines«. As a sub-region in this macro destination, the Karst, undoubtedly, represents exactly such a symbiosis of natural wonders and gastronomy but at the same time lacking large tourist resorts and cities with their own specifics.

We thus asked ourselves if such a simplistic nature-culinary fusion really is enough to achieve noticeable results and accelerated tourist and economic development? What more can be done and what are the opportunities for smaller municipalities like Divača or Komen? Have sufficient measures to link national, regional, local and entrepreneurial interests been taken, envisaged and realized in recent years? Can tourism really prosper only on natural wonders and pampering our taste buds?

To find out more, we posed these questions to a local resident from Komen, Mara Glušič, who despite winning 17% of the total vote in her electoral unit, which was almost twice as much as the then mayor of Komen, due to specifics or even quirks of the Slovene electoral system, did not manage to win a seat in the national assembly in September, unlike previous mayor of Komen. Without regrets and full of recent positive experience, she gladly answered and immediately stressed how campaigning gave her great insight into the life of the local community and the challenges that lie ahead of this idyllic municipality.

Here is what she said:

No doubt tourism is one of vital sectors of Slovene economy and the Karst needs to be an integral part of this story. I strongly believe that for the development of tourism the municipality of Komen has great potential, although it may sometimes seem as though it lacks an institutional and legal framework. More attention should also be given to the worn out infrastructure and support of small enterprises and family farms, especially in overcoming bureaucratic obstacles. I feel private initiative is almost being frowned upon, thus I am glad to see a successful local businessman among the candidates for the new mayor.

Nonetheless a lot has already been done, especially on the initiative of entrepreneurial and dedicated local people who not only see Komen as their home but also as a welcoming place for tourists both from Slovenia and abroad. From their genuine hospitality and from what I have experienced in recent months and years they really do know best. They not only speak of green and boutique destinations, they create and live in them. And it is the locals we should learn from when preparing national strategies and plans.

Unfortunately their voices are often not heard, sometimes already at the municipal level, and thus there are still challenges ahead. Challenges that simply need to be addressed. But not only on a local level. I firmly believe a broader approach is needed and the region as a whole needs to really think beyond seeing Primorska as a region of sometimes overcrowded coastal resorts and Postojnska caves. I wonder if this was truly understood by our local authorities?

In my opinion the entire tourist offerings of our “občina Komen” and other Karst municipalities should be better connected and presented both to one-day guests and long-term visitors. And, by the way, encouraging tourists to stay here longer is what we should strive for. Only by doing this we will be able to create the desired growth and most of all the higher added value which will encourage young people to stay in Komen, to live and work in the Karst and not to search for opportunities in other parts of Slovenia or even abroad.

I firmly believe it is Time for Karst.

We have so much to offer – beyond underground wonders and impressive landscape, beyond pampering tourists’ taste buds, as you put it. Even though we do take food seriously. Just think of the ongoing Month of Karst Cuisine which is a great example of much needed cooperation.

In the past, Komen was already known for spa tourism and its proximity to the sea and historical centers, such as Štanjel and Debela Griža (Note by the author: A prehistoric hill fort made from stone, situated in the west part of the village Volčji Grad. An exemplary model of how to preserve and present hillforts and cultural tourism in the area is managed by the non-profit institute Zavod Krasen Kras.). These are places that already attract many visitors but with greater promotion even more can be achieved. Not to mention our impressive cultural, religious and war heritage. For example: this year marks the centenary of the end of the First World War and we should have been able to present dozens of memorial sites better. Little has actually been done.

So, returning to your question. I think there is much more we could do and there are ways to fully realize our potentials. Many have simply forgotten this, focusing more on their own privileges and political agenda than on what really matters: the people, Kraševci, it is them who create what we call tourism. Perhaps the upcoming election will change this. There surely are some good signs.

Time will tell and we will report about it. 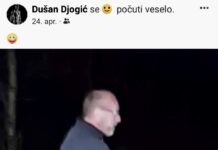 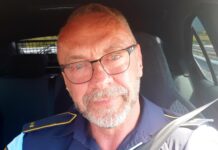 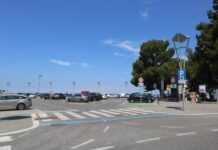 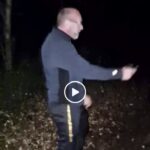 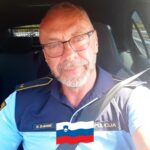 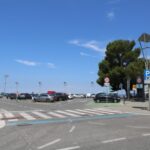 Socialni demokrati@strankaSDRT @MatjaNemec: It is the responsibility of the @EU_Commission and the competent institutions, also in the light of the recent granting the…2 hours agoFeb 01